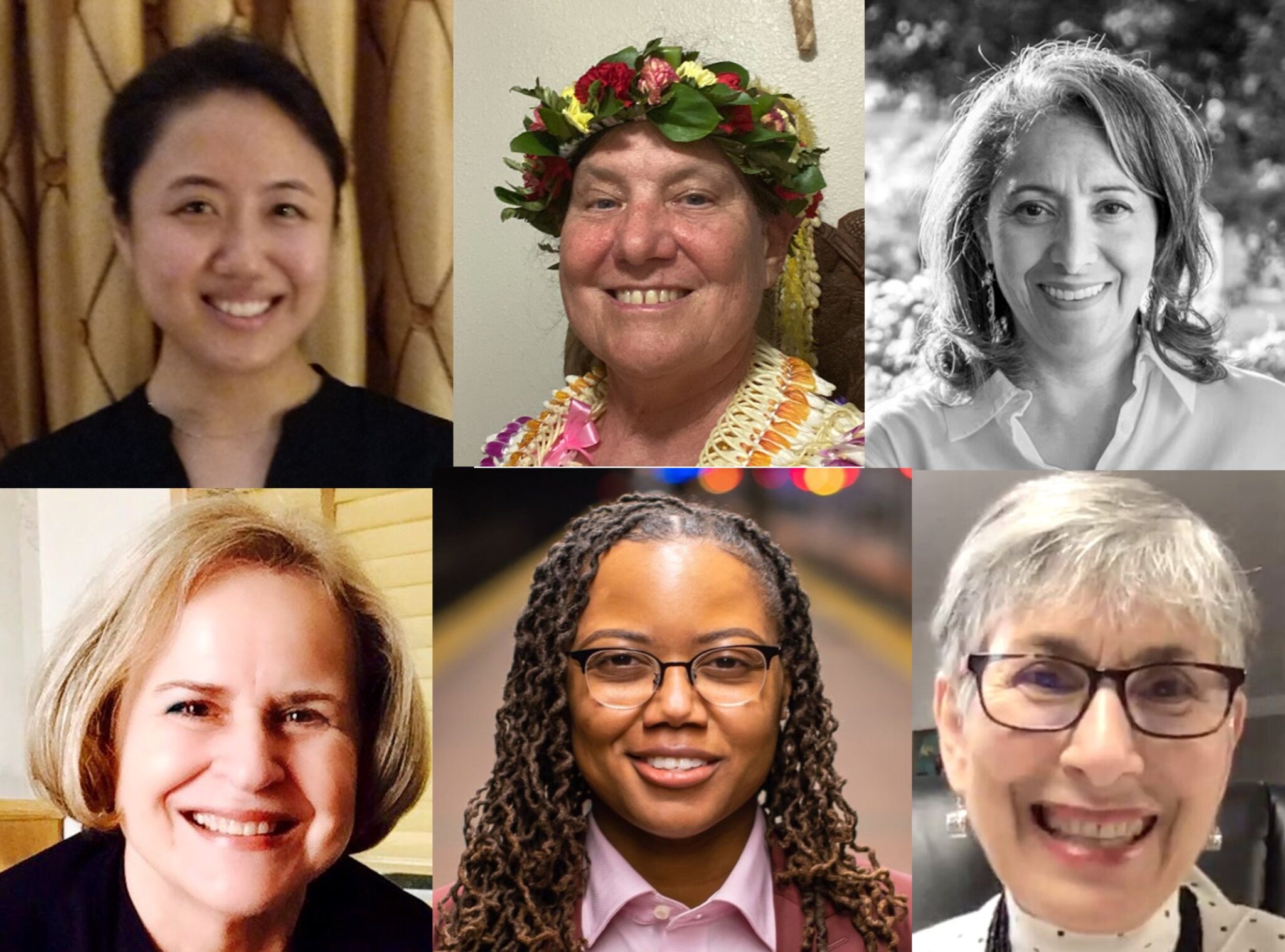 World Heritage USA, the U.S. National Committee of the International Council on Monuments and Sites (ICOMOS), is very pleased to introduce six new trustees, elected at our 2022 Annual Meeting on December, 12, 2022. Our new trustees (pictured above, clockwise from upper left) are:

Emily is a Historic Preservation Specialist in the Federal Permitting, Licensing and Assistance section of the Advisory Council on Historic Preservation (ACHP). Emily holds a B.A. from Cornell as well as a J.D. from Georgetown. Emily is an Associate Member of the ICOMOS International Scientific Committee on Legal, Administrative, and Financial Issues (ICLAFI), and a Member of the IEP Committee.

Athline is the former National Oceanic and Atmospheric Administration’s (NOAA) Superintendent for the Papahānaumokuākea Marine National Monument. She is currently serving in an advisory capacity to several community groups and NGOs in Hawaii and the Pacific to implement co-management and sustainability development initiatives. She was born and raised in Hawaii.

Claudia is San Antonio’s first Cultural Historian, a position in the Office of Historic Preservation (OHP). Her work has aided in the creation of a new division in OHP, dedicated to living heritage in order to focus on sustainable development, socially inclusive practices, the protection and promotion of community character and cultural heritage, and the revitalization of traditional building crafts and trades.

Monica, recipient of the 2022 Adele Chatfield-Taylor Rome Prize, is currently studying preservation and public engagement at the American Academy in Rome. Previously, Monica was a Loeb Fellow at Harvard University’s Graduate School of Design and led efforts at the National Trust for Historic Preservation and the National Park Foundation.

Dr. Helaine Silverman specializes in archeology, ethnography, critical heritage studies, and archaeological heritage management. She is the long-term director of the Collaborative for Cultural Heritage Management and Policy (CHAMP) at the University of Illinois, which offers grad students the opportunity for a minor in Heritage Studies and in Museum Studies.

Trustees William Bell, Tom Cassidy, and Wayne Donaldson were also elected for a second term and our current slate of officers was reelected. We would like to thank all of our current officers and trustees for their service!

We also recognize and thank for their service the following trustees who departed the board in 2022:

Thank you all again for your work on behalf of World Heritage and the U.S. National Committee of ICOMOS.