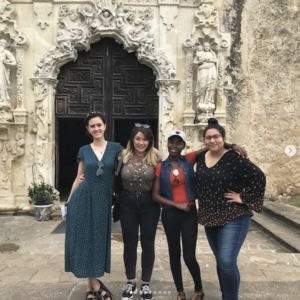 Are you an Emerging Professional looking to grow your career in the heritage field? Join the World heritage USA Emerging Professionals Network! The EPN is a forum for young and emerging professionals to gather, learn, and network. We hope to create programs to help EPs gain exposure to salient issues in cultural preservation and advance their careers in various ways including:

Fill out this survey if you are interested in connecting with other Emerging Professionals and wish to receive information about future opportunities!

Interested in passing on your tips and tricks learned through years of experience to the next generation of Heritage Professionals? World Heritage USA is interested in creating mentorship opportunities for Emerging Professionals, and we would love to work with you!

If you are interested in mentoring emerging professionals, please complete this survey. 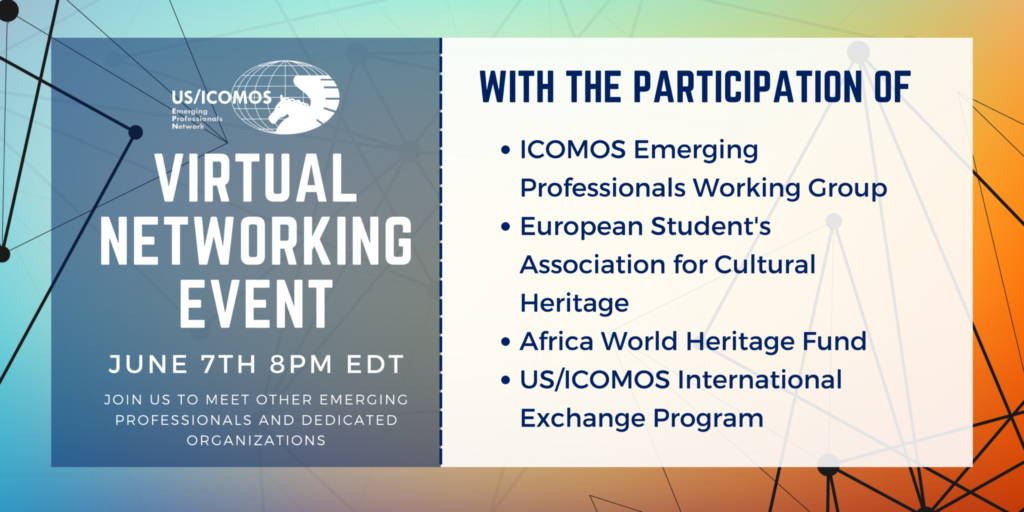 Please join us to hear from and meet Emerging Professional leaders in the heritage field!

Interdisciplinary Working Group on Heritage and Climate:
Lessons from Africa to Americas: Cultural Heritage for Climate Action, Adaptation, and Resilience

Theme
Various forms of knowledge about climate change and its impacts have been developed across local, national, regional, and international scales, demonstrating an increased awareness of the climate risks communities are facing. Over the past decades, stakeholders have developed organizations, guidelines, and policies (such as IPCC and the Paris Accord) to address the impacts of climate change. However, there is an urgent need to translate these findings and guidelines into actionable steps to address climate impacts on heritage and communities as well as to mainstream, accelerate, and scale up adaptation and resilience.

For the 2022 International Day for Monuments and Sites with the theme of “Heritage and Climate,” discussions to link cultural heritage to climate action and resilience are more important than ever. Building on the U.S.-Africa intergenerational dialogue in 2021 on heritage and society, this year’s cross-disciplinary working group seeks to contribute to the climate conversation through building synergies and collaboration between culture, science, and economics, with a focus on emerging professionals, for climate adaptation and action. This knowledge-building project, drawing from expertise and experience from Africa and the U.S., would place heritage at the center of achieving climate goals.

Context
Countries in Africa are home to many heritage sites rooted in the culture and identity of various communities. They are also among the most vulnerable to climate change and are demonstrably least capable to adapt and build capacity for resilience. In essence, Africa is at a tipping point despite the development and progress made over the decade to address climate change impacts. In the United States, climate risks to cultural heritage are unevenly distributed. Following four years of U.S. absence from the global climate community, there is a renewed effort to not only promote climate policy and research that ensure the protection of heritage and tradition but also leverage the potential of heritage for climate actions.

Format
The initiative is led by ICOMOS EPWG representatives from the U.S. and the Africa region (Zoe Leung and Olufemi Adentunji), to support intergenerational exchanges critical to safeguarding and promoting heritage. The working group will comprise three cross-disciplinary emerging professional members and a mentor each from the U.S. and the African region. The group will meet twice in 2022, in April and October, with the first convening taking place on April 25. Emerging Professional members will be recruited through Expression of Interest (EOI), which will be disseminated to various networks.

The National Underground Railroad Network to Freedom acknowledges the significance of the Underground Railroad, and all those involved, for its contribution to the eradication of slavery in the United States and as a cornerstone of the more comprehensive civil rights movement that followed.

The Underground Railroad extended beyond the borders of the United States of America. Between the 18th and 19th centuries, Freedom Seekers found refuge in many places, including Canada, Mexico, the Caribbean, Central and South America, Europe, and Africa. World Heritage USA and ICOMOS Canada acknowledge and celebrate the enduring legacy of the Underground Railroad.

World Heritage USA is partnering with other ICOMOS National Committees to seek out exact places where those who self-liberated settled and the stories of their lives in these places.

World Heritage USA recognizes the State of Maryland for providing the catalyst for enriching Underground Railroad history and in recognizing of all those involved in the Underground Railroad, including Maryland’s courageous Harriet Tubman, the brilliant orator Frederick Douglass and thousands of Freedom Seekers.

World Heritage USA recognizes the United Nation’s Decade for People of African Descent as an important opportunity to commemorate the traumatic experiences and exceptional contributions of people of African descent to the Americas.

International Underground Railroad Month provides an opportunity for world-wide open dialogue that illuminates the hopes that arise from freedom for all people.

International Context of the National Underground Railroad Network to Freedom

World Heritage USA seeks to collect, connect, and share information and stories about Freedom Seekers who self-liberated, the places where they settled, and the stories of their self liberation.

Please provide information about the significance by writing about one of the following topics: 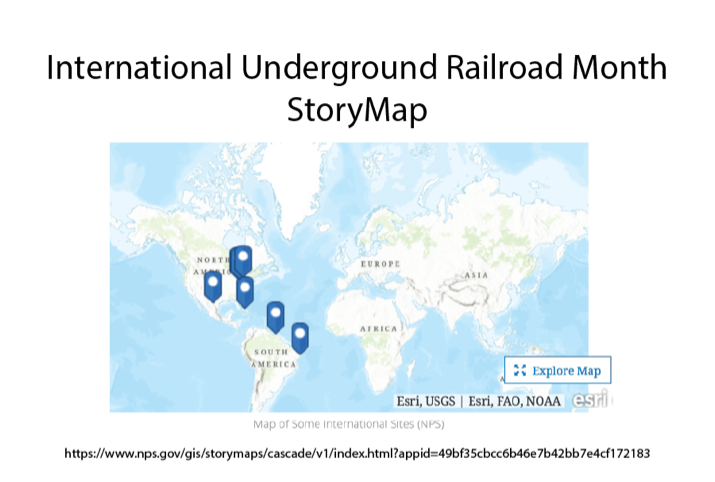 World Heritage USA seeks partnerships with other ICOMOS National Committees to establish the international context of the National Underground Railroad Network to Freedom. The focus areas include: 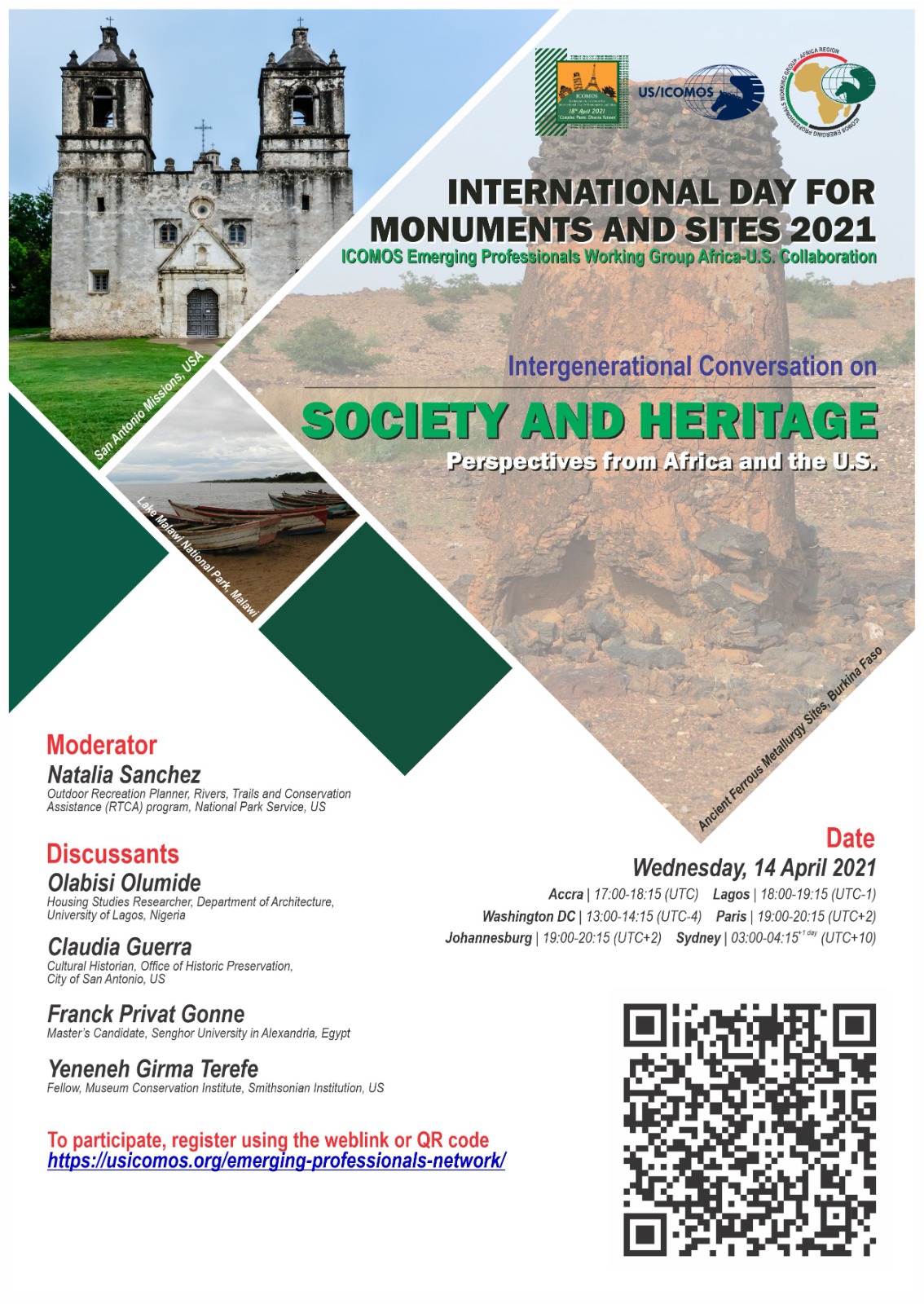 IDMS 2021: Intergenerational Conversation on Society and Heritage – Perspectives from Africa and the U.S.

Learn more about the event and speakers here