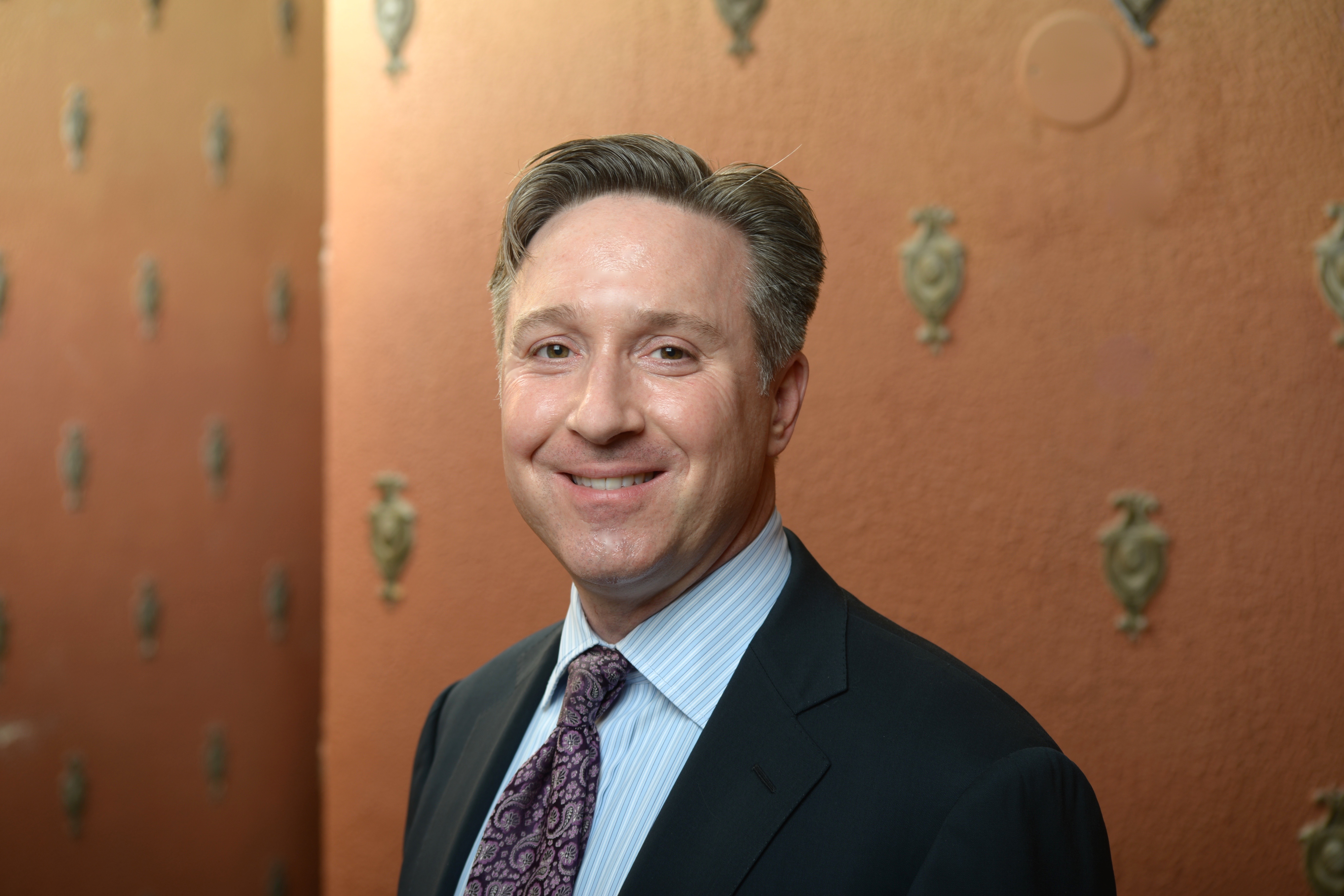 “It is fitting, then, that in 2016, as heritage lovers gather along the Nile and the Potomac to celebrate the work of the last half-century, that we pause to mark the international bonds of heritage that forever link both.”

With 2016 now upon us, the US cultural heritage community is kicking off a year of celebrations marking the 50th anniversary of the landmark National Historic Preservation Act of 1966.  Meanwhile, almost 6000 miles away, crowds today have assembled at the great Sun Temple of Rameses II to watch shafts of light slowly creep through the Temple’s sanctuary to illuminate its statues of Amun-Re, Re-Herakhte and Rameses himself.  Some say that Rameses II had the temple at Abu Simbel carefully angled so that the sun’s rays would align to illuminate its inner sanctum only twice a year on the date of his ascension to the throne (21 February) and his birthday (21 October).
In modern times, tourists assemble twice yearly to witness this spectacular phenomenon, now called the Sun Festival of King Rameses II.  This February 22nd, they’ll be joined by international delegations, top Egyptian officials, as well as journalists, photographers and TV presenters from around the world, in order to celebrate the Temple’s golden jubilee.  Of course, it’s not the jubilee of the Temple’s construction (which is thought to have occurred between 1290 and 1224 BCE), but rather the 50th anniversary of the Abu Simbel salvage operation.  For, in the 1960s and 70s, the temples were famously re-located further up from the shoreline of Lake Nasser, which had threatened to erode its foundations. [As a result of the change in elevation, the sun now strikes a day later than Rameses may have planned].
The relocating of the Sun Temple occurred as part of a massive International Campaign to Salvage the Temples of Nubia which operated from 1960 to 1980, but whose 50th anniversary is being celebrated today. While salvage projects were proceeding across the Nubian desert 50 years ago in the face of rising Nile waters, in Washington at the same time, the US Conference of Mayors was releasing its seminal report With Heritage So Rich.   The report issued a clarion call to action to respond to the rising tide of destruction of this nation’s patrimony in the face of highway building, “slum” clearance and sprawl. The result: the enactment 50 years ago this year of the NHPA, the foundation of the current national historic preservation program.
The drafting of With Heritage So Rich was preceded by a search for international precedents to guide the development of a new national approach to historic preservation.  Indeed, in 1965 the drafters, known as the Rains Committee, toured 8 European countries to examine other counties’ approaches.  Many of these same Americans were involved the Abu Simbel Campaign.  Just as With Heritage So Rich birthed a new model of federal historic preservation, the UNESCO Campaign, unprecedented for its time, played a similar role at a global scale.  The two proceeded in tandem with international precedents informing the new US model and US preservationists leaving an important stamp on the emerging international cultural order.  Also forged in this crucible were ICOMOS and US/ICOMOS (both founded in 1965) and the 1972 World Heritage Convention, which was soon under development.
It is fitting, then, that on this February 22, 2016, as heritage lovers gather along the Nile, the Potomac and many places in between to celebrate the work of the last half-century, that we pause to celebrate the international bonds of heritage that forever have linked both phenomena.
It seems almost unfathomable today that between 1960 and 1980, 24 ancient Egyptian temples were surveyed, dismantled and relocated from their original sites on the banks of the Nile to make way for the rising waters that would flood the Nubian region as a result of the building of the Aswan High Dam.  Two groups of temples (the island of Philae and the monoliths of Abu Simbel) were moved only a few hundred yards. Others were rebuilt and grouped on plateaus  overlooking the new Lake Nasser. Seven were placed in national museums in Aswan and Khartoum while the last five (including the temple of Dendur, now at the Metropolitan Museum in New York) were sent to western museums as compensation for their efforts.
In all, 50 nations took part in these monumental “salvage” efforts, which cost millions of dollars.  Much of the funding was managed by UNESCO via the International Campaign to Salvage the Temples of Nubia. This campaign helped inaugurate a new type of international action and has been called the first example of international cooperation for cultural heritage.  Its success played a key role in establishing the safeguarding role of UNESCO. This led to other safeguarding campaigns, such as Venice and its Lagoon (Italy) and even today’s calls for intervention in Syria.
The Nubian Campaign mobilized a who’s who of seminal heritage figures of the day including the heroic French Minister of Cultural Affairs, André Malraux. Professionals on the ground, though, also included a soft-spoken American from Hawaii named Hiroshi Daifuku, who was responsible for UNESCO’s coordinating all archeological investigations in Sudan impacted by the Dam.  Daifuku would later become chief of UNESCO Monuments and Sites. In 1983 US/ICOMOS conferred the honor of Fellow upon Dr. Daifuku.

While the philosophy and theory behind the Abu Simbal salvage remains contested today, it is widely said that the world-wide concern for the temples and the resulting massive international effort to relocate them to safety was one of the first contemporary examples of international cooperation to preserve cultural heritage.  It was during these same years that ICCROM (1956) and then ICOMOS (1965) were founded.  ICOMOS’s Pietro Gazzola, an author of the 1964 Venice Charter, and Harold Plenderleith, an early ICCROM director-general, played key roles in Abu Simbel.  Both were anxious in those early days to help develop new international norms of historic preservation. The collaborations and debates on heritage theory and practice that ensued in the Nubian desert proved a foundational test case and an early, highly visible project for both.
These same international efforts fed, and were fed by, the frenetic preservation action occurring at the same time in the United States.  One of the key persons bridging this 6,000 mile gap was undoubtedly the archaeologist John Otis Brew. Mr. Brew served as the President of UNESCO’s International Committee on Monuments, Artistic and Historical Sites and Archaeological Excavation – a forerunner of ICOMOS and ICCROM.  Working from models he helped to develop for archaeological excavation and salvage in connection with the dam building projects of the Tennessee Valley Authority, Brew played a prominent role in the development of the Abu Simbel plan. Brew also chaired the US National Committee for the Preservation of Nubian Monuments and influenced the US government’s groundbreaking engagement with Abu Simbal as well.  Mr. Brew was named a Fellow of US/ICOMOS in 1984.
The Nubian campaign was headed by Mr. Ali Vrioni, who undertook a mission to the United States where he personally presented UNESCO’s proposal to President John F. Kennedy. At the time, the U.S. government was conducting the international Food for Peace Program. Under this program, Egypt, as an eligible country, could purchase U.S. agriculture products using their national currency. The funds would then remain in blocked accounts in Egypt and only be used for projects in Egypt approved by both Egypt and the U.S. Working with Brew and the State Department, President Kennedy ultimately proposed to contribute the equivalent of $20 million (US) in blocked Egyptian pounds with the concurrence of the Egyptian government. These funds would support much of the required work, especially at Abu Simbel.
The provision of $20M worth of support for international cultural heritage would be an astounding feat today, let alone fifty years ago.  Moreover, as Russell V. Keune, FAIA, F.US/ICOMOS, would later write, the true significance of Abu Simbel from a US perspective was not the size of the funding but the “pioneering use of foreign funds held by the US for historic preservation,” helping establish the precedent of US cultural heritage aid that among other things helped make the idea of a World Heritage program seem feasible.
And so, as Egyptian Minister of culture Helmy Al-Namnam and the throngs assembled today mark  the sun’s illumination of the face of ancient King Ramses II, joined in this jubilee year  by dancers, musicians and other groups from at least eight countries including Greece, China, Uganda and India, we at US/ICOMOS delight in their celebration.  Though Congress’s failure this past December to resume paying our dues to UNESCO still stings, we remain proud of the American contributions to the conservation of the world’s heritage.  As in 1966, we expect that the spirit of Ramses will help enliven our own jubilee, fed by the internationalism that has always suffused  the US historic preservation community.