In Hawaiian
En Français
In English

In partnership with NPS and the International Union for the Conservation of Nature (IUCN), World Heritage USA (and especially Andrew Potts, as focal point for ICOMOS, and Nora Mitchell, World Heritage USA Trustee) conducted a track on the inter-linkages of natural and cultural heritage at the September 2016 World Conservation Congress (WCC) and helped arrange 60 nature-culture WCC session proposals that brought together US and international practitioners from both the natural heritage and cultural heritage realms. The work culminated in Malama Honua- To Care for Our Island Earth, a statement of commitments from Nature-Culture Journey participants. Follow up sessions and activities are planned for the 2017 Triennial General Assembly of ICOMOS in Delhi. 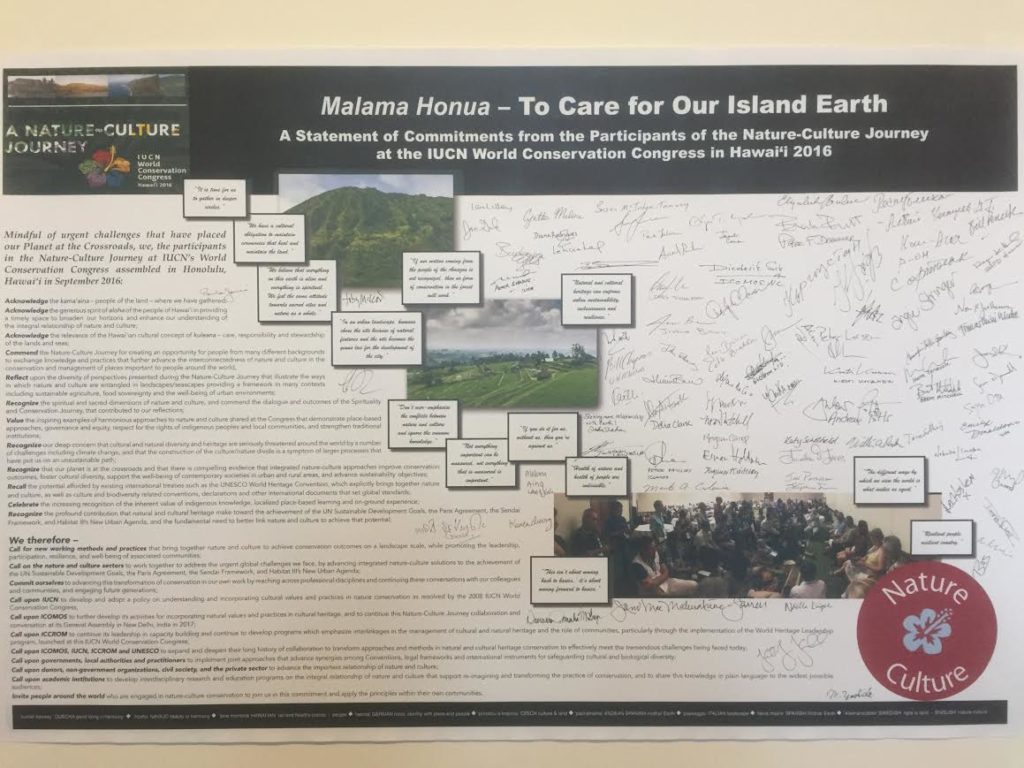 Several hundred nature-culture heritage professionals have signed on to the Malama Honua statement of commitments so far. 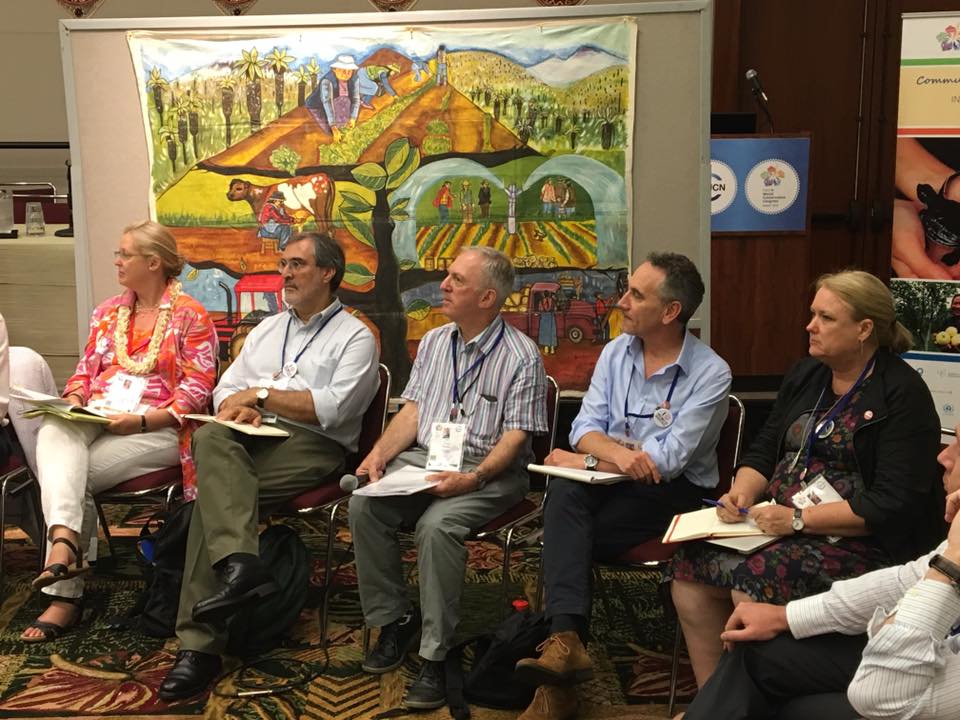 World Heritage USA secured a major victory in 2015 by securing a commitment from the IUCN to include this content in the 2016 WCC. This quadrennial IUCN meeting brought together 15,000 leaders and decision-makers from government, civil society, indigenous peoples, business, and academia, with the goal of advancing conservation of the environment and harnessing the solutions nature – and culture – offers to meeting global challenges. World Heritage USA, as the ICOMOS national committee for the 2016 WCC host country, worked for more than a year with the major US stakeholders planning the WCC (including the Hawaii SHPO and NPS) to explore the possibility of utilizing the WCC as a platform for this dialogue. World Heritage USA also consulted extensively with IUCN, via both its North American office in Washington, DC and the Secretariat in Geneva, Switzerland. Tim Badman, director of IUCN’s World Heritage program, was a major champion. World Heritage USA also assembled international support for the event, including from Steve Brown of Australia, ISCCL President.

As a result of these efforts, the WCC included a “Nature-Culture Journey,” jointly curated by IUCN and World Heritage USA. The Journey was a premium selection of 60 events addressing the interconnected character of natural and cultural heritage. The Journey expanded on the strengthening evidence that natural and cultural heritage are closely intertwined in most landscapes and that conservation of such places depends on better integration of philosophies, policies and procedures regarding their management. It was created with the purpose of bringing together the natural/cultural heritage community of practice among the thousands of Congress delegates, and to provide them with an easier way to plan their participation in the Forum. It also aimed to catalyze thinking and action around emerging heritage conservation issues. 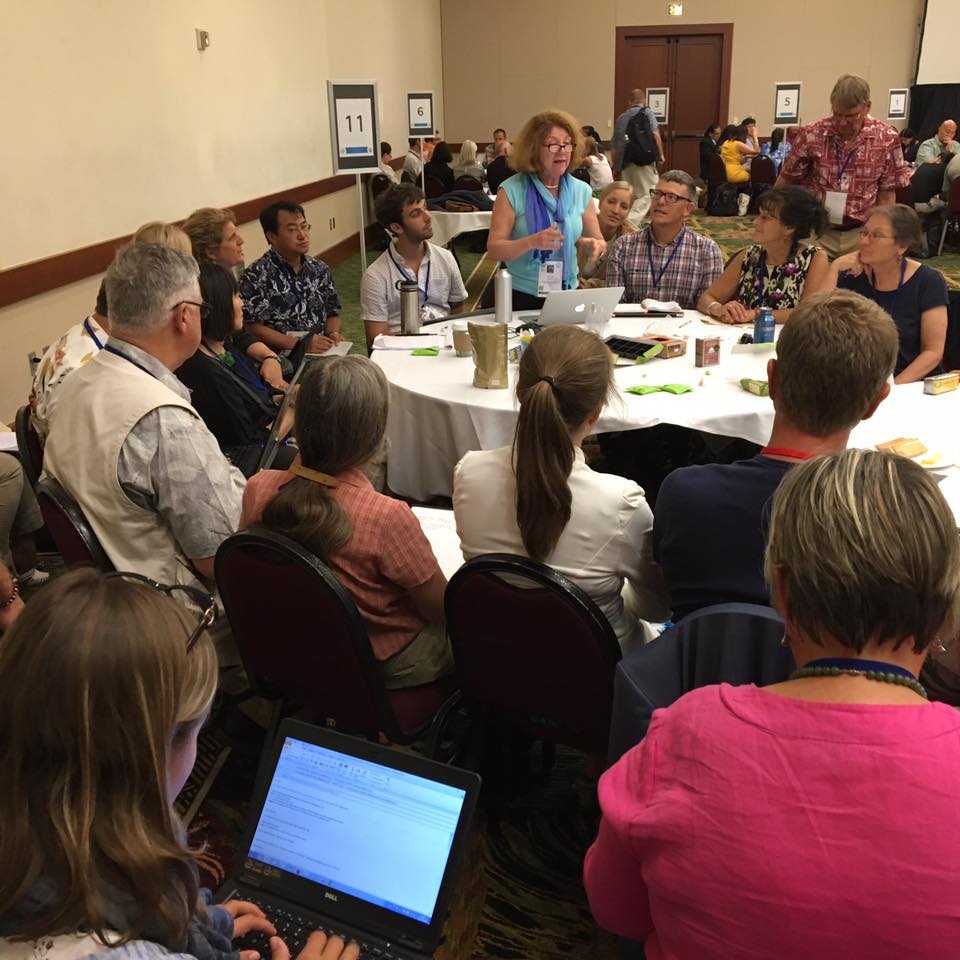 A Nature-Culture Journey: Connecting natural and cultural heritage practice.
A dedicated track of programming at the Forum of the IUCN World Conservation Congress 2016.

World Heritage USA has reserved a limited number of discounted rooms at the Moana Surfrider Hotel for participants in the Nature Culture Journey. The Moana is one of only a few historic hotels in Honolulu. Rooms are available on a “first come” basis. You can book rooms in the block by calling the Starwood Hawaii Group Reservations line at 808-921-4641 (hours are M-F 7am-5pm Sat/Sun 8am-4pm HNL standard time). Ask for the World Heritage USA block.

The Nature-Culture Journey and a companion World Heritage Journey collectively feature over 50 sessions planned by ICOMOS and IUCN constituencies, ICOMOS National Committees and International Scientific Committees, ICCROM, the UNESCO World Heritage Center, the National Park Service, and many others. Click on the image below to view the final program for these Journeys (sessions are subject to change): 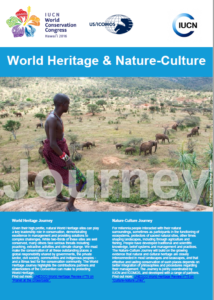 Sign up for the Nature-Culture Journey Networking/Social Events Now!

The Nature-Culture Journey is one piece of the larger IUCN Congress Forum. The Opening Plenary of the Forum is scheduled for the afternoon of Thursday, September 1. Nature-Culture Journey events will kick off at a breakfast on Friday, September 2 The Journey will have its finale at a grand reception on the evening of Monday, September 5. Attendance at the Welcome Breakfast and Closing Reception is free for those registered for the IUCN Congress but requires advance registration via the link below in order to obtain your FREE tickets. Others may also attend the Closing Reception by purchasing tickets in advance via the link below. Check back for updated information about speakers and program at these events.

The quadrennial Congress will bring together thousands of leaders from around the world to advance conservation of the environment and harnessing the solutions nature and culture offer to meeting global challenges.

Experience demonstrates that in many landscapes, natural and cultural heritage are inextricably bound together and that conservation of these places depends upon better integration. Natural and cultural heritage experts face similar conservation challenges for places with complex biocultural systems and each brings a body of complementary knowledge and capacities. The Nature-Culture Journey will bring together these experts to explore these synergies to advance good practice.

To participate in the Nature-Culture Journey and attend the Welcome Breakfast, you must register for the Congress. 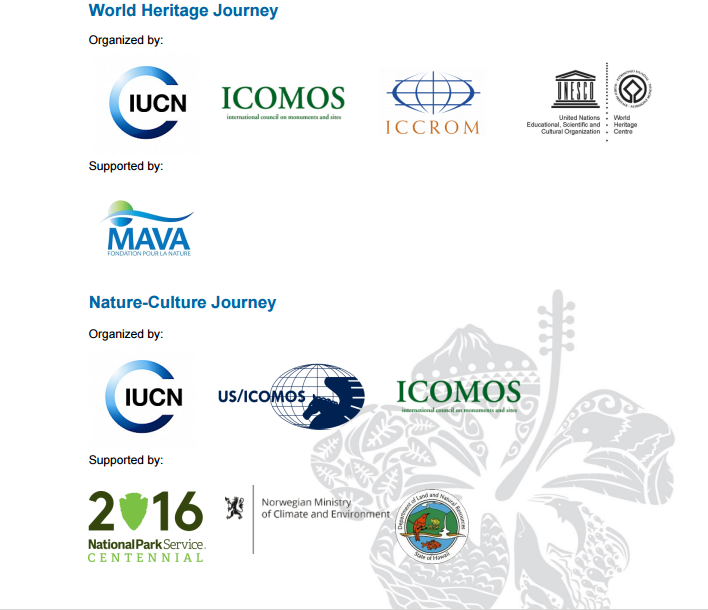