Cultural Continuity and Crossroads: The Living Landscape of the San Antonio Missions 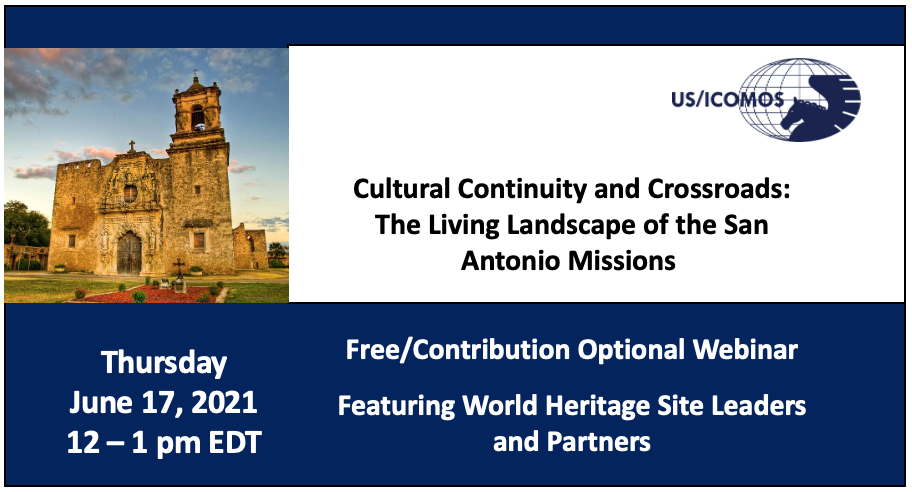 San Antonio Missions World Heritage Site, located in the important cultural crossroads of San Antonio, Texas, was inscribed on the World Heritage List in 2015. Recognized for their interweaving of Spanish, Coahuiltecan and other indigenous cultural elements, the Missions preserve cultural heritage ranging from architectural features to the acequias which continue to carry water, the lifeblood of the missions. 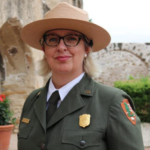 Christine Jacobs recently returned to the NPS following five years of service overseas with the American Battle Monuments Commission (ABMC) in Paris, France. Christine brings World Heritage Site experience and expertise in partnerships, operations, and resource management in an international diplomatic context to the San Antonio Missions National Historical Park. Prior to joining ABMC in 2015, Christine was the Director for Indian Affairs & American Culture for the NPS Intermountain Region where she was the Tribal Liaison and managed the Cultural Anthropology and Native American Graves Protection and Repatriation Act programs. 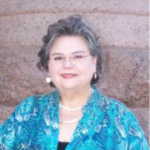 As Director of Bexar Heritage Programs for Bexar County, Betty manages the County Park System and serves on the World Heritage Management Committee for the San Antonio Missions. While employed at San Antonio Missions National Historical Park in the early 1980s, Betty developed the initial interpretive program plans for each of the Missions and their aqueduct, dam and acequia systems; and implemented tours, interpretive signage, demonstrations of arts and construction materials and methods, and temporary exhibits. Betty continues in her work today to develop management strategies to preserve, enhance and appropriately develop the areas around the World Heritage Site.

Born and raised on the Southside of San Antonio, Councilwoman Viagran has deep ties and a deep passion for her community. From an early age, Rebecca’s family instilled into her the value of serving others. She was taught that there is nothing more important than helping build opportunity to ensure everybody has the ability to reach their fullest potential. Councilwoman Viagran graduated from Texas State University where she earned a Bachelor of Science in urban and regional planning. She then attended St. Mary’s University, earning a Master’s Degree in Public Administration. In 2019 she was inducted into the San Antonio Women’s Hall of Fame for her service and leadership. 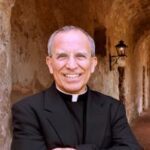 Father David Garcia is a retired priest from the Archdiocese of San Antonio, Texas, where he served for 44 years. During that time, Fr. David was instrumental in the effort to have the Old Spanish Missions recognized as a UNESCO World Heritage Site and also oversaw the multimillion-dollar restoration of San Fernando Cathedral. Fr. David served as pastor for several parishes in San Antonio, including the historic Mission Concepción. He also served as Senior Advisor for Clergy Outreach at Catholic Relief Services, the official international humanitarian and relief agency of the US Conference of Catholic Bishops.

Our webinars are free but we would appreciate your support!