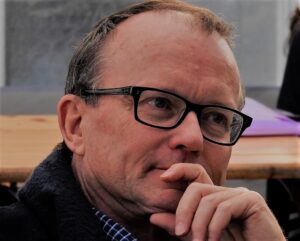 Ian Lilley is Emeritus Professor in Archaeology and Heritage at the University of Queensland in Australia, Willem Willems Chair in Archaeological Heritage Management in the Faculty of Archaeology at Leiden University in the Netherlands, and Honorary Professor in the Centre for Heritage and Culture at the University of Southern Queensland in Australia. Ian has worked in archaeology and heritage management for over 40 years across Australasia, the Indo-Pacific and globally. He is a member of ICOMOS and IUCN and immediate past Secretary General of the ICOMOS International Committee on Archaeological Heritage Management.

War memorials and Indigenous Australia: subverting the national “statue-scape”
Against the backdrop of Black Lives Matter protests, recent events steered public discussion in Australia away from criticism of historical statues like that occurring around the world and towards Australian heritage statutes which facilitate the destruction of Indigenous heritage in the interests of mining. Outrage about all three matters – statues, statutes and Indigenous deaths at the hands of the authorities – is not new in Australia. Yet the destruction by “Rio TNT” of Pleistocene sites in Western Australia (also nothing new) focussed attention on links between Indigenous wellbeing and the preservation of Indigenous heritage (and especially archaeological heritage) in a way that decades of scholarship and activism has never achieved.

IAN BOWMAN, B.A., B.Arch, M.A. Conservation Studies (York), F.N.Z.I.A.Ian Bowman, principal of his own firm formed in 1992, is a New Zealand historian, architect and built heritage conservator. He has nearly 40 years conservation experience in the UK, Australia and New Zealand advising government departments, local authorities, church organizations, and private building owners. Ian is the immediate past Chair and founding member of ICOMOS New Zealand and an elected member of ISCEAH and ISCS. He has been awarded 22 NZIA architectural heritage/design awards and a UNESCO-Asia Pacific Award of Distinction. Publications include architectural history, materials conservation and the Modern Movement.

Bi-Culturalism at World Heritage Sites in New Zealand
From the 1830s Europeans began settling New Zealand initially with mixed outcomes for Māori, the indigenous people. The British annexed New Zealand in 1840 and Māori signed a treaty with the Crown which guaranteed them their cultural practices and sovereignty over their lands, forests and fisheries in return for gaining the rights of British subjects.

With ever expanding settler numbers from the 1840s, pressure for access to land meant that the Treaty was not honored from the outset. In the 1850s and 60s wars were fought between settlers and the British against Māori over land, the loss of which continues to be a significant issue for Māori. At the same time, Māori men gained equality of political representation in 1867 and Māori women in 1893 with equality of access to social services.

In 1975 a process was established whereby the Crown and Māori could hear and settle grievances that has seen, to date, the return of some lands and $2.2 billion compensation with more anticipated. 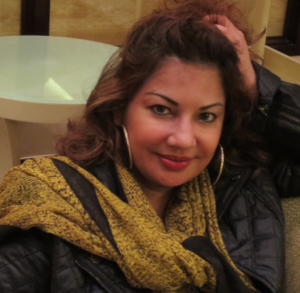 Lila Ramos Shahani is the former Secretary-General of the Philippine National Commission for UNESCO. She has worked for the Philippine government for thirteen years (first at the Cultural Center of the Philippines, followed by the National Anti-Poverty Commission, the Poverty “Cluster” in Cabinet and the Department of Foreign Affairs) under three presidential administrations. She has taught at the University of the Philippines, the Ateneo School of Government and the Asian Institute of Management. In the US, she worked for Oxford University Press, the United Nations Children’s Fund (UNICEF) and the United Nations Development Fund (UNDP). She finished her B.A. at Brown University, her M.A. at the Fletcher School of Law and Diplomacy at Tufts University and is currently a doctoral candidate at Oxford University.

Rethinking Philippine heritage
In this presentation, I look at the current crisis surrounding historical monuments the world over in the wake of the murder of George Floyd (among many others) in the United States, as well as the racial reckoning so eloquently demanded by all the global protests against it. The broader context of this latest historical push towards symbolic decolonization revolve around the relationship between monuments and historical commemoration. Who or what do these monuments celebrate, and what forms of erasure do they imply?

In the Philippines, virtually all UNESCO World Heritage Sites — at least those that are considered to be “built” (as opposed to “natural”) heritage — generally represent Spanish Catholic and socially elite histories. One “cultural landscape,” the Rice Terraces of the Philippine Cordilleras, stands as an exception: it is arguably both colonial and deeply anti-colonial at the same time.

Other problematic factors include: American colonial policy towards heritage, “national” narratives that can be historically questionable, traditional archeological approaches that bypass anthropology, the tendency to “heroize” historical events and figures (such as the Galleon Trade and Ferdinand Magellan’s “discovery” of the archipelago), and the undeniably political nature of monumentalization itself. In conclusion, I argue that there are ways of making Philippine monuments more democratic and ultimately more representative of the country’s complex and very heterogeneous population. 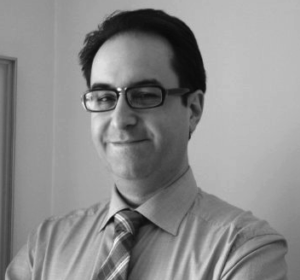 Christophe Rivet has extensive experience with the development of policies in heritage conservation and planning for protected heritage areas. He is the author of key federal policies on heritage conservation, including the archaeology section of the Standards and Guidelines for the Conservation of Historic Places in Canada. He has worked with a range of communities across the country, including Indigenous, cultural, and new Canadian communities, to conserve significant places. Christophe is the President of ICOMOS Canada. After a long career with the Canadian federal government, he co-founded EVOQ Strategies, a firm dedicated to heritage and sustainability.

Oppression and Reconciliation at Places of Memory in Canada
The contribution will share examples of places of oppression and reconciliation in Canada and the efforts by governments to recognize the voices of the communities whose presence was erased.