CONFLUENCE OF CULTURES: World Heritage in the Americas 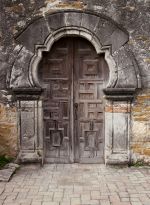 The year 2012 is the 40th anniversary of UNESCO’s World Heritage Convention, and we wish to celebrate this event with ICOMOS colleagues from all the Americas and from around the world with the intent to launch a permanent process of regional cooperation that will ensure greater participation and contributions to the spirit and the aims of the Convention.

Please visit the following links for press releases and articles stemming from the symposium.

Visit the symposium website at http://www.usicomos2012.com for the detailed program schedule.