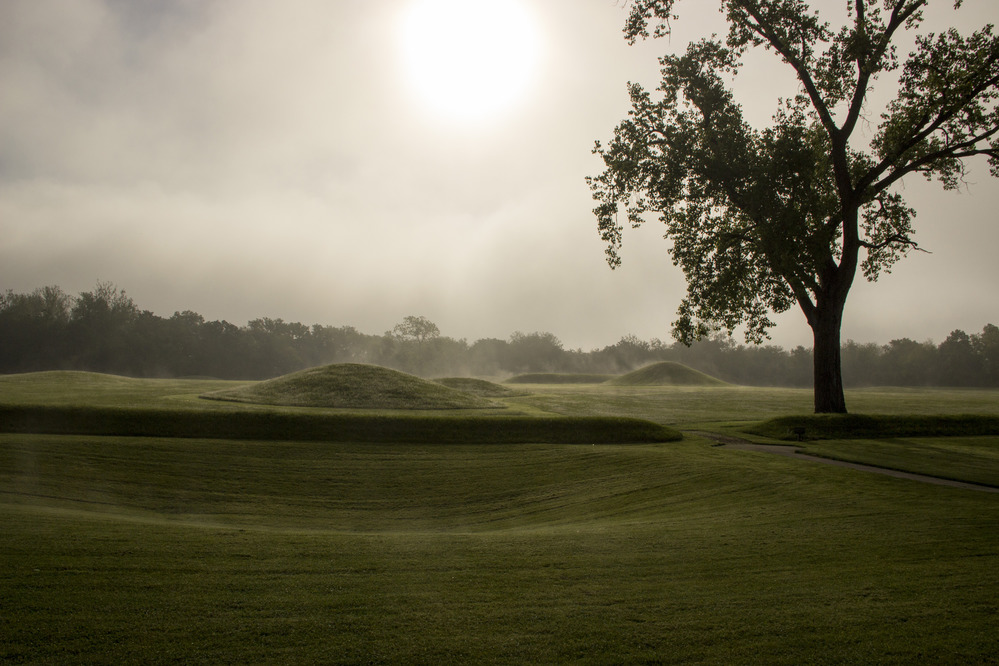 National Park Service News Release
For Immediate Release: March 24, 2022
Contact: NewsMedia@nps.gov
View on NPS.gov
National Park Service announces nomination of ancient Ohio earthworks to become America’s next UNESCO World Heritage Site
Would join U.S. sites such as Yellowstone, the Grand Canyon and Statue of Liberty
WASHINGTON – The National Park Service (NPS) today announced the nomination of the “Hopewell Ceremonial Earthworks” to the World Heritage List. The Hopewell Ceremonial Earthworks is a group of eight archeological sites in southern Ohio, located within both Hopewell Culture National Historical Park and related properties owned by the State of Ohio and the Ohio History Connection. This nomination will be considered by the UNESCO World Heritage Committee in the summer of 2023.
The Hopewell Ceremonial Earthworks include:
“World Heritage designation would be a tremendous opportunity to elevate the outstanding universal value these sites have, and to further the effort to protect them for future generations to appreciate and enjoy,” said National Park Service Director Chuck Sams. “The Hopewell Ceremonial Earthworks are an important example of the ancient history of the Indigenous peoples of America that help us tell the world the whole story of America and the remarkable diversity of our cultural heritage.”
These earthworks were built during the middle Woodland period (1,500 – 2,200 years ago) by American Indians, people now referred to as the Hopewell Culture. Built on an enormous scale and using a standard unit of measure, the earthworks form precise squares, circles, and octagons as well as a hilltop sculpted to enclose a vast plaza. The geometric forms are consistently deployed across great distances and encode alignments with both the sun’s cycles and the far more complex patterns of the moon. Artifacts, which are among the most outstanding art objects produced in pre-Columbian North America, show that those who built the earthworks interacted with people as far away as the Yellowstone basin and Florida. These are among the largest earthworks in the world that are not fortifications or defensive structures.
“We are honored to propose these eight remarkable Indigenous earthworks for World Heritage designation. Many years of collaboration among Ohio History Connection, the National Park Service, Ohio-connected Tribal nations, and diverse supporters have made this possible,” said Burt Logan, Executive Director and CEO of Ohio History Connection. “The whole world will now learn about the incredible accomplishments of American Indian ancestors in Ohio, how relevant these amazing earthworks remain today, and how essential their preservation is for the future.”
The UNESCO World Heritage Committee is composed of representatives from 21 nations, elected from the members of the UNESCO World Heritage Convention; it will be advised by the International
Council on Monuments and Sites, and makes the final decision on nominations. If designated, the earthworks would join Stonehenge, Mesa Verde and the Nazca Lines in Peru as some of the examples of monumental works by ancient peoples recognized on the list.
The NPS manages all or part of 19 of the 24 World Heritage Sites in the United States. It is also the principal U.S. government agency responsible for implementing the World Heritage Convention in cooperation with the Department of State. The NPS is undertaking this effort with full cooperation of the property owners concerned. Inclusion of a site in the World Heritage List does not affect U.S. sovereignty or management over the sites, which remain subject only to U.S. law.
Learn more about World Heritage sites in the United States.
www.nps.gov
About the National Park Service. More than 20,000 National Park Service employees care for America’s 423 national parks and work with communities across the nation to help preserve local history and create close-to-home recreational opportunities. Learn more at www.nps.gov, and on Facebook, Instagram, Twitter, and YouTube.
Previous Post
Make Plans to Attend the 2022 World Heritage Celebration
Next Post
Our Biggest Fundraiser of the Year is April 9th – Please Join Us!
Previous Post
Make Plans to Attend the 2022 World Heritage Celebration
Next Post
Our Biggest Fundraiser of the Year is April 9th – Please Join Us!